Presentation of curators and kitchenmaster

At the urtima landskap the 24/10 (6 pm) we will hold the election of one first curator 2018, one third curator 2018 and one kitchenmaster spring 18. Here below you can se the candidates presentations of themself: 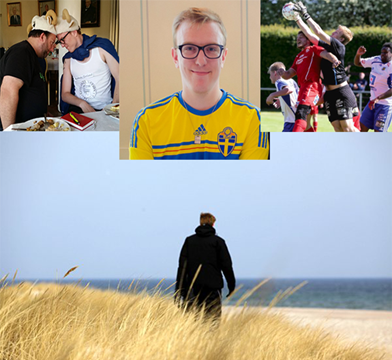 My name is Jacob Appelblom and I am a 23 year young leiten sårk[1] from Vibble, a small town ouside of Visby on Gotland, who is applying for the position of first curator of Gotlands nation.

The autumn of 2015 I first got to Uppsala, after finishing high school, working a little, studied in Umeå for a while, went back to Gotland, working some more and studying at Uppsala’s Campus Gotland. Once I finally landed in Uppsala I headed straight to the nation on the right side of the Fyris river. Soon I was head of Gutnic games and led competitions in ”spark rövkrok” and ”stanggstörtning” and since then I have been under the spell of the nation magic. Thereafter I have been a member of the home and culture committee, a club worker, rental responsible, a member of the election committee and been the chairman of the election committee for a short while. At the moment I am the nation secretary and as such I have learned more about the complex structure that is Gotlands nation.

I have just started year three (of five) of the master programme in engineering physics, I have just been installed as a senior of Gotlands nation and I have just ended the football season of 2017. I am still a football nerd, I am still a curious, ambitious and dedicated person. In 2018, I hope to get the nations trust to put my engineering studies to rest for a year, to put all my focus on Gotlands nation. I have learned so much from the nation and I think there is still more to learn here.

I am proud of how the nation has developed me as a person and I hope to get to proudly represent the nation as a curator.

Thank you for reading this! 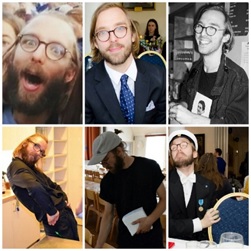 My name is Adam Alvinge and I’m running for the position as third curator for the year 2018. I’m 24 years old, born and raised in Stockholm, but have spent a lot of time on Gotland during numerous holidays, vacations, as well as for work. I’ve been in Uppsala since the autumn term of 2014.

My connection to both island and Nation is first and foremost due to my father. As a Gute[1] and an old Upsala student, he thought that Uppsala was the obvious choice for an indecisive sårk[2] such as me. After I’d grown up and graduated from gymnasiet[3], and decided that Uppsala would be my future home (and teacher my future career), he forced me to join the Nation like he himself had done so many years before.

However, I didn’t become active straight away. First after two terms of delusion that studies always should come first, I took my first steps into the nation life during the autumn of 2015 and have never looked back since (yet). Since my entry, I’ve managed to be fika host, club worker, DJ, standard-bearer, Summer pub host, Shotlands-responsible, rental-responsible as well as a member of the election committee. For now, I’m planning a club event on the 2nd of December together with 3rd curator inciti Izabella in addition to my continued responsibility as rental-responsible, of which I’m serving my last term.

During my time as rental-responsible, the thought of running for 3rd curator has slowly grown stronger (actual start as club worker). The more I’ve involved myself in the nation, the more I’ve felt inspired to apply for a full-time post. The position as 3rd curator is most tempting since I’d be involved in the daily operations at the Nation, however, on a full-time basis, which means that I can devote more of my time, if not all my time, to the Nation. I feel that the position suits me very well, and that it signifies a place from where I have a lot of opportunities to really give back to the Nation and its members, who have given me so much in return, for example invaluable experience and work habit, but also friends for life and, last but not least, love.

As curator, I’d like to keep up the positive and welcoming atmosphere that currently exists at the nation. Both in general, and more specifically between curators, functionaries and members. The nation should be an open and welcoming place, and this should be reflected in whatever business or activities the nation carries out.

Thank you for taking the time to read this. 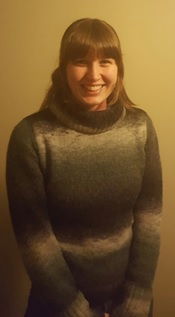 I am Karen Heitz and one of those oh so many germans here in Uppsala. I grew up in Berlin, but must honestly admit that I am not a big city fan. My family spent most summers at my grandparents summerhouse on Öland, which is the root of my love for Sweden. I moved to Uppsala in 2015 for my master studies, but as it happens the initial two years of residence now got extended for an undefined time due to meeting Mr. Perfect...

My first meeting with Gotlands was initiated by an innocent sounding question of my good friend and fellow classmate Belli: ”Do you want to help me bake after class today?” One baking session followed another, and the first time I worked was Gotlands first Chocolate Gallop.

Even though I also tried working at the pub and rentals, the fika kept its tight grip on me. All types of people come to eat our homemade delicacies full of happiness. In summer I enjoyed helping at the täckating on Fårö to the fullest. I decided to become fikahost for the first time autumn 2016. At the same time I became miljöforeman, as I wanted to help reduce the amount of food waste and improve the kitchens cleanliness.

After a busy spring semester 2017 where I was able complete my master degree in chemistry, I am now back as a fikahost again and also as a part of the HK-committee. As you might have noticed (if you read the swedish text), is my swedish still in the developing phase so that it got its one semester of full time study right now.

My hobbies include cooking (and eating) food, reading, crafting and historical fencing. As I have half a year of gap time before the planned complementary teacher program, I would like to take the chance life is giving me and become Gotlands new kitchen master next semester. I would definitely enjoy making even more people happy with delicious foods!

Hope to see you at the Landskap!

The First Curator handle questions regarding membership, scholarships and the nation in general

The Second Curator handles salaries, questions regarding housing and the nation economy

The Third Curator is responsible for the pub, fika and rentals at the nation